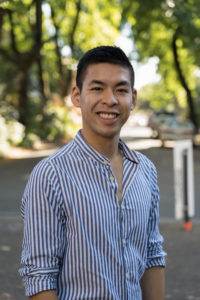 Michael Mah  is a certified Alexander Technique Teacher based in Vancouver Canada. His teaching philosophy is that everyone can benefit from being more aware of their habitual movement patterns, whether it be for performance, living or working more comfortably, or making that first impression count.

My interest in Alexander Technique began when I learned that I could alleviate my own chronic back pain by becoming aware of and changing awkward patterns of movement I had developed throughout life. I didn’t know it at the time, but the profoundness of the changes learning the technique  had on me would eventually lead me to wanting to teach and share these skills with others.

As a musician having studied at the renowned Eastman School of Music, I grew increasingly concerned about my ability to perform through pain and the amount of time I had left before inevitable injury would hamper my ability to play. I was starting to realize that practicing more didn’t lead to noticeable progress, and rather, it often had the opposite effect.  I found myself losing control of nerves in moments of higher stress. Attention-consuming back pain, cramping hands, and doubts about how much farther I could push my limits artistically and physically started becoming real concerns. I was often tired, unable to focus for prolonged periods, and felt unnatural and stiff in my own body everywhere I went.

I had seen multiple specialists and explored traditional options of therapy, exercise, and stretching to address my woes. These modalities gave me temporary relief, but soon, sometimes just 30 minutes after a therapeutic session, my pain and stiffness would return. Although I was grateful to experience temporary moments of relief, I grew increasingly confused, frustrated, and defeated by what I saw as consistent failed attempts to find any true improvement for my issues. After a couple of years, I took a hard look at my progress and asked myself if I was any better than where I began. I couldn’t honestly say yes. I began to telling myself that I had simply inherited bad genes leaving me predisposed to pain and tension, and I gave up on believing I could ever get better. However, colleagues had mentioned in passing how the Alexander Technique benefitted their playing and relieved pain, and so, I decided to give it a shot.

In my first Alexander Technique lesson, I complained about not being able to sit without immense discomfort whether it be practicing, driving, eating meals, being in lectures, and otherwise. With permission, the teacher proceeded to place her hands on me, and I experienced myself starting to rise upward from the chair in a way that seemed taller and easeful. In standing with her hands on, I felt lighter and more at ease. After 15 minutes, the teacher asked me how my pain was, and to my surprise, it had vanished. She proceeded to explain to me that I was unaware of my habit of holding myself in a contorted and rigid position that quite possibly was causing this pain. With a mirror, she showed me what I was doing beforehand, and I couldn’t deny this observation of myself. I began to wonder if, aside from causing pain to myself, holding myself in detrimental ways was also hindering my ability to progress as an artist. I began to wonder if, unconsciously, my habitual ways of being had always undermined any progress from all the therapies I had sought previously for years of discomfort.

Lessons in the Alexander Technique gave me clearer insight into how I was habitually operating my own machinery while providing me the tools to rediscover movement potential and fullness of expression. As my coordination improved, I started realizing how much enjoyment moving well without the distraction of pain benefitted all areas of my life. For the first time in my life, I had hope that I would continue to get better, and all of these things were completely in my own control. I grew increasingly curious about the technique and decided that I wanted greater insight into its process . I applied to a CanSTAT approved training to become an instructor of the Alexander Technique and graduated from the Vancouver School of the Alexander Technique’s minimum 3 years and 1600 hours teacher-training program. I’m now excited to be sharing the technique with you. 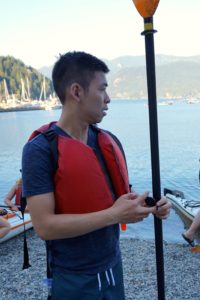 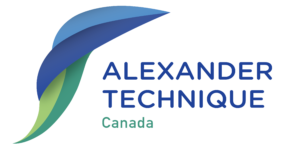